Which composer should score the soundtrack for BOND 26? 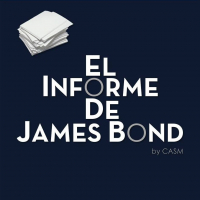 Informe_James_Bond Dominican Republic
July 2022 in Bond 26 & Beyond Posts: 30
For the soundtrack for BOND 26 the first choice is David Arnold. But I would also like to see Thomas Newman come back.

Hans Zimmer did well in No Time To Die but it was not what he expected.