Have you noticed any bloopers in NTTD? 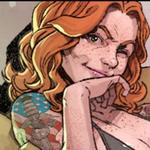