The SEAN CONNERY Appreciation thread - Discuss His Life, His Career, His Bond Films 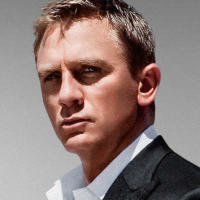