Gustav_Graves
February 2015 edited August 2017 in General Discussion Posts: 11,119
2015 will be a very exciting year for space exploration, as no less than two previously unexplored dwarf planets, Ceres and Pluto, will be visited and photographed by two NASA space probes. Moreover, I think there should be a general topic about the subject matter of space exploration (I could not find a previous related topic).

Now what about those two NASA space probes that will be visiting Ceres and Pluto? 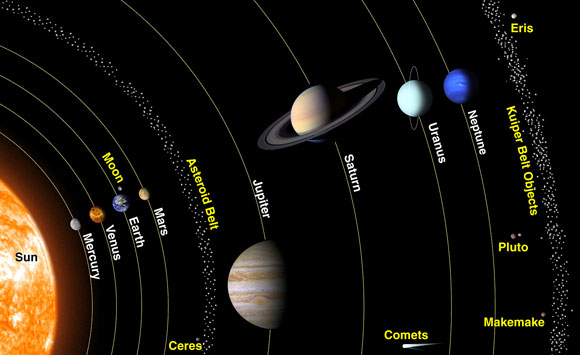 Before Dawn's arrival, this was the best known image of Ceres, made by the Hubble telescope: 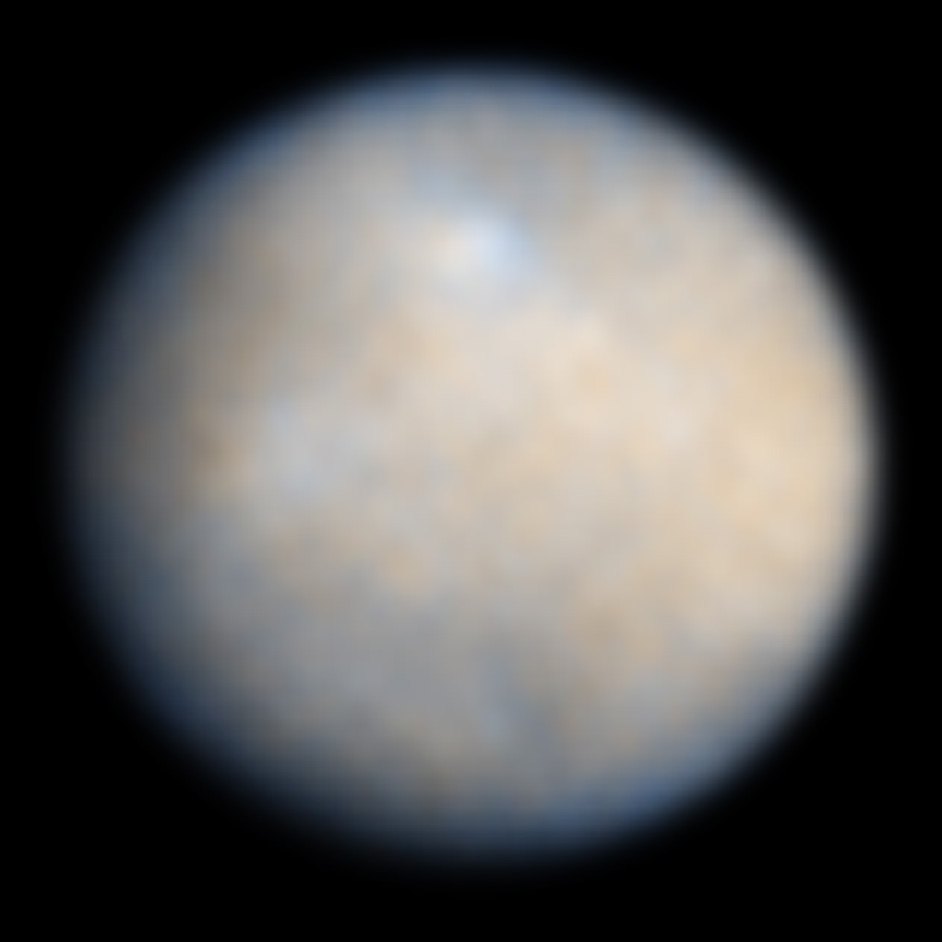 Now Dawn has almost arrived at its destination. Next month March it will go into orbit of Ceres. In the meanwhile Dawn has made a much sharper black-and-white image of Ceres:

As you can see, Ceres is the only real "round" object in the Asteroid Belt (between Mars and Jupiter). Ceres has a diameter of 960 km (give or take a few km's if you measure it from pole to pole or from the equator). It was considered to be the first known asteroid, but has now been fully promoted to "dwarf planet". Ceres has a similar reddish color as compared to Mars. You can find the general stats about Ceres here: http://space-facts.com/ceres/

Pluto however, as you all know by now, has been demoted from "planet" to "dwarf planet". This is the best image we have so far: And in July of this year, New Horizons will go into orbit of Pluto. At this stage New Horizons is still too far away to make good images, but the probe has awakened from "winter sleep", and it does make pictures for location positioning purposes:

Pluto has a diameter of 2,368 km (give or take 20 km's if you measure it from pole to pole or from the equator) and is located near the Kuiper Belt. Also Pluto appears to be a bit reddish in color. Just to be sure: "A planet is a celestial body that (a) is in orbit around the Sun, (b) has sufficient mass for its self-gravity to overcome rigid body forces so that it assumes a hydrostatic equilibrium (nearly round) shape, and (c) has cleared the neighbourhood around its orbit.". Some facts about Pluto you can find here: http://space-facts.com/pluto/

Both Pluto and Ceres are, according to the new IAU definition (2006) not a full "planet", but a "dwarf planet".

Upcoming three months we can expect the best known detailed pictures from both Ceres and Pluto. That will be very exciting no ;-)?