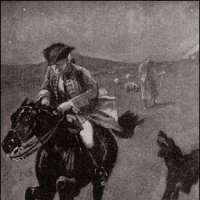 Thunderfinger Das Boot Hill
April 2014 edited April 2014 in Trivia & Games Posts: 45,411
In the novel You Only Live Twice, James Bond makes an attempt at writing a haiku poem written in the Basho style:

A traditional haiku consists of 17 syllables-five in the first line, seven syllables in the second line and five syllables in the third and final line. Bond himself deviated from this(5-5-9), and so can we. I thought it would be fun to see what you well-spoken people can come up with, inspired by the various films. We should keep it to three lines and less than 20 syllables in total however. It is all for fun, so anything goes. Here is an attempt at a haiku inspired by Connery s introduction scene in DN.

A poor attempt, but really looking forward to what you can come up with if you are interested in participating. Any scene, on screen or behind the scenes, or about your own feelings connected to the film, humorous or serious ,are welcome.
«123456789»