The (Non-Bond) Films of DANIEL CRAIG

Pierce2Daniel
April 2014 edited April 2021 in Actors Posts: 4,369
I set up a similar thread for Dalton, Brosnan and Connery a while back that proved popular:

Daniel probably had the most interesting pre-Bond film career. He was a pretty big name in the English film industry and was making a name for himself in America. Like many English actors he alternated between film, TV and theatre with ease and was probably the most accomplished and respected actor to take on the Bond mantle.

A Craig film I really love and recommend people see is 'The Mother'. Its a great little film, I really loved the writer's previous film 'My Beautiful Laudrette' and was excited to see this. I wasn't disappointed. It's an interesting, rather arty movie with a lot of themes at the centre of it all. I really felt the movie was about being unwanted with both Darren and May essentially filling a void in each others lives at that point. I don't think its a great epic love story of any sorts. They're both unwanted souls, not only in a metaphorical sense but also literally as the son character wants neither of them in his house but they're both still there. 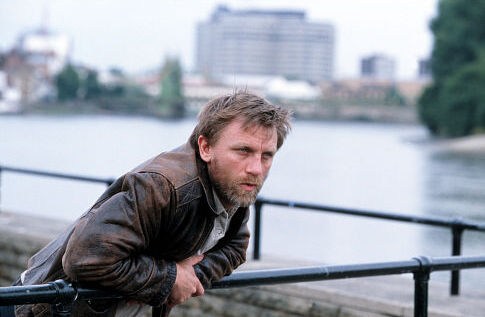 Darren sees the mother and realises that soon we will all be like her and takes to her, when he fingers her he's clearly not doing it for his own gratification but instead to help her. It's only at the end when he wants something in return on his cocaine binge that she wants to 'talk' and he flies off the handle and we see how damaged he is. Which he is, he's clearly a weak man, maybe even a drug addict (he pops random pills and does coke later) and not mentioning the fact he is having an affair and won't tell his wife. It's a good interesting film and I really recommend it.