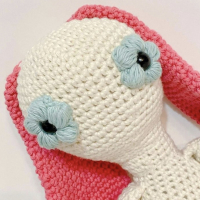 Mallory Do mosquitoes have friends?
March 25 edited November 15 in News Posts: 1,768
Announced as being on Amazon Prime, was in the works prior to the acquisition.

The eight-part series will be produced by Britain’s 72 Films (“The Rise of the Murdoch Dynasty,” “All or Nothing: Tottenham Hotspur”) and Bond guardians and producers Barbara Broccoli and Michael G. Wilson, along with MGM Television.

The show will see contestants competing in a global adventure to win a £1 million ($1.3 million) cash prize. Filmed in many of the historic locations featured throughout the seminal Bond films, the “cinematic format” will be a test of intelligence and endurance. In addition to passing physical obstacles, the contestants — who will compete in two-person teams — must correctly answer questions hidden in different locations around the world in order to advance to the next challenge.
«12»