The DB5 Must Go 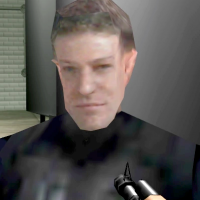 LucknFate Arkhangelsk
February 2022 edited February 2022 in Bond 26 & Beyond Posts: 551
The Aston Martin DB5 and James Bond are both icons in their own right, and bringing them together for the first time in 1964's Goldfinger was a partnership so perfect the car has appeared in the spy's stories eight more times in sixty years. It has to stop.

Full disclosure: This is an updated draft of an article formerly posted to BeyondJamesBond.kinja.com in March of 2015. The blog was deleted by the server host, so I'm saving any notable entries from the Wayback Machine and sharing what seems relevant here.

The DB5 is the ultimate icon of 1960's luxury - a timeless and elegant design that perfectly balances elements of its predecessors, while simultaneously leaping into the future. It's strong and smooth, like an athletic build in a perfectly fitted suit. It wants to be taken seriously, and is, but with hints of youthful excitement lingering just beneath the surface. It is confidence over the cockiness of other desperate contemporary designs. It doesn't ask for your attention, it charms it out of you.

When filmmakers began planning James Bond's third installment, Goldfinger, in their new blooming mega-hit film franchise they knew they wanted to go all out. They had put in their work with the first two films, and now it was time to have some fun. Looking at their source material, the novel of the same name by Ian Fleming, James Bond drives an Aston Martin DB Mark III - but by 1964 it was an outdated model. The filmmakers went to Aston Martin with hopes for something new, and luckily for them the company was just completing its DB5. After a lot of convincing - and money - Aston Martin reluctantly allowed the film to use its original development cars, as well as a few production models for modifying the now famous gadgetry for filming.

It worked out great for both parties as Goldfinger immediately soared to heights of popularity the World over never seen for a film before, and a good-while after. They go together like the Beatles and earmuffs, a Dom Perignon '53 below the temperature of 38°F, henchman and deformities, or the 1960's and World domination. Starting with Goldfinger, the DB5 has appeared in nine of 25 Bond films over the last sixty years, and while that may not sound too ridiculous, it is slowly killing the iconical allure of the car.

The problem comes when you look at which films the car has starred in:

We need something new. There was hope with the release of Casino Royale in 2006. It was new; it was Bond's origin story. It was grounded in a modern world, with recognizable risks and real enemies. But the DB5 was still there. You could argue its iconography helped guarantee the success of a new Bond and it was inevitable, but it also reveals a hint of insecurity in trying something completely fresh, or just sticking to the newest Aston.

They stirred up the pot by having Bond win it in a poker match, unequipped with gadgets for now, and not handed to him from Q for the first time, or driven in ambigously from off-screen. It was a subtle wink to the audience, without throwing the car in our face desperately asking us to remember the good ol' days. The beautiful Aston Martin DBS was tasked for the real Bond-car work. It was a perfect blend of Ian Fleming's first story with the spy, and everything great we remember from the films - yet the film was still it's own, and did not rely on throwbacks to feel like a Bond film.

With 2012's Skyfall, it was the 50th anniversary of the Bond franchise, and fittingly the creative team behind the film went with a strong throwback vibe. I can not fault them for that. The entire final act of the film is meant to feel like it could take place in the 1960s with Bond in the DB5 at his Scotland estate, void of blocky buildings and an onslaught of modernness and technology.

This time it was almost exactly the famous Goldfinger DB5 - only the steering was on the wrong side. Ejector seat, forward machine guns and the rest of the original gadgets were back and in use just long enough to save the day, and then they blew the car into oblivion. I thought that perhaps that would be the moment we last saw of the DB5 in the Bond films - at least for awhile. But no.

While the easy argument is that the DB5 and the relationship with James Bond has only grown in value and iconography as time has gone on, thus growing the allure of the partnership, the statistics show a worrying trend that will eventually kill the influence the DB5 has on the Bond franchise, and on the public as a whole. It is the too-much-of-a-good thing predicament. Over-saturating new Bond films with the DB5 is a path of temporary enjoyment and inevitable destruction. Continuing to relive the golden days and not making the attempt to continue forward onto new iconography will eventually implode the creative process.

We know the Bond production team can shake things up and still be successful. The second-most popular car in the film series is a Lotus Esprit, which managed to make it into two of Roger Moore's films. There was even a throwback Lotus Evora mimicking the Esprit Turbo from For Your Eyes Only on sale just a few years ago.

There is the 1969 Aston Martin DBS from On Her Majesty's Secret Service that made an appearance in No Time To Die, and the franchise tried something new briefly with the prototype Aston Martin DB10 in Spectre. But they never committed fully to either, with the DB5 taking starring roles still.

When it was first announced that Aston Martin would be making a bespoke model specifically for Spectre it was huge. I thought - finally, something new - and I genuinely believed it had the chance to be just as big as the DB5 or Lotus Esprit. Putting Bond back in the DB5 anyway completely washes away any impact the new car has a chance of making.

Today we look back 60 years to the DB5 and its perfect fit in the James Bond universe, and we pay homage to its uniqueness and impact. But ask yourself - looking at the latest Bond films and culture in general, in 50 more years, what are we creating today that will share the same impact and admiration as the DB5 today? Will seeing the DB5 inspire the same reaction then as it does now? All we'll see is a glut of movies - a majority since 1994 - begging us to remember that time James Bond drove a DB5 and looked good. It's time to kill your darlings, both Aston and Eon.

"History is moving pretty quickly these days, and the heroes and villains keep on changing parts." The words of Fleming could describe a car. Perhaps the once-hero DB5's over-stayed welcome may begin to detract from the franchise it's history is so engrained with. Do I expect you to stop? No, Mr. Bond, but at the very least I expect you to try.
«12»