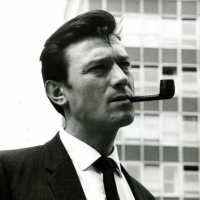 George_Kaplan NZ
January 2022 in Bond 26 & Beyond Posts: 179
I had a look around and couldn't find a current thread specifically for the discussion and sharing of future story ideas, and since there were equivalent threads for what was then Bond 24 and 25, I thought I'd do the honours and start one up for Bond 26. I'm sure I don't need to explain anything else. Share and discuss your Bond 26 story ideas. I don't have any myself but I'm very interested to hear what other people have to say.
«1234567…12»