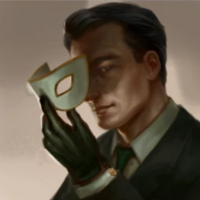 DavidWebb Somewhere
November 4 in Bond Movies Posts: 20
I know I'm not alone on this, and perhaps it has been discussed here in the past, but does anyone else find the editing (more in some scenes than others) to be almost unbearable at times in Quantum of Solace?

I have my issues with that movie for more reasons than just the editing specifics, but seriously ... its like they went to bloody town in the editing room of that film. A great example of what I'm referencing is the beginning foot chase scene. Though I actually quite like the final moment of a sleight hand from Bond, the cinematography (which I'm sure it would be decent if not for the hack-job done in the editing room) and editing of that scene do not pair well at all as is the case in a lot of other scenes. Recalling it, I got a little sick from my eyes attempting to adjust every time the screen cut to a new angle - which it did... A LOT.

I'm not sure about the general consensus in this community, but I personally find it rather dodgy and quite bad.