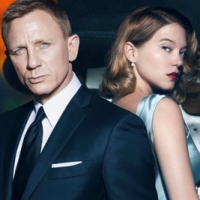 quantumspectre argentina
October 2021 in Bond 26 & Beyond Posts: 54
after no time to die, is time that bond starts with another car.
it could the the aston dbs from QOS but in good shape, or another car that could be elegant and also sports.
wonder if for the time we get a new 007 aston martin will try to show a new car, or lotus will be back trying to work with 007.
«12»