Why isn't your "go-to" Bond film your favorite Bond film? 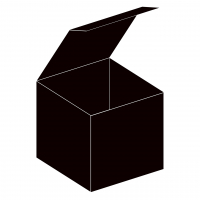 ProfJoeButcher Bless your heart
April 2019 in Bond Movies Posts: 1,560
(This is my first new thread--hope it's a good topic)

Bond fandom appears to have a unique phenomenon: people having "favorite" films and "go-to" films. It's not uncommon to see someone write that their favorite Bond film is FRWL, or OHMSS, or CR, but then say that their "go-to" film, the one they watch most often, is Octopussy, or Tomorrow Never Dies. It's just not that unusual to see someone say Goldfinger is their favorite, most untouchable Bond film, but then say they watch A View to a Kill every three weeks.

One doesn't see this so much in other fan communities. You don't read "Empire is my favorite Star Wars film, but I watch Revenge of the Sith more than any of them". People usually watch the ones they like the most. What's different with Bond fans?

My favorite Bond is probably Licence to Kill, and if I hadn't completely memorized the entire movie, it would also be my go-to film, so on some level, I find it weird. But on the other hand, if I'm honest with myself, I watch DAF more often than GF probably because I like DAF more than GF, but when I try to rank the films, it just feels too wrong to put the campy fat Bond flick above the universally-loved classic. So I don't.

So my question is, if your "go-to" Bond is not your favorite Bond, why not? What could your go-to Bond do better to make it your favorite? Is it possible that your actual favorite Bond film isn't the one you want it to be? I'm strangely fascinated by this, so if this applies to you, I'd love to hear about why you classify the films this way.