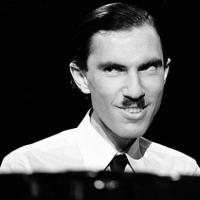 FoxRox
May 2016 edited May 2016 in General Movies & TV Posts: 11,493
Starting this thread for everyone to share critically acclaimed films that you don't like. Should be interesting. Some of mine:

-The Sound of Music (1965): Meh. I liked this when I was really young, but I don't care for it anymore. Never in the mood to see it.
-Pulp Fiction (1994): Sorry everyone; I'm not a fan of Tarantino movies. I just don't get the appeal. His most critically acclaimed movie didn't do much for me; admittedly a few good scenes, but overall not a big fan. I know this one will garner me some hate.
-Star Trek (2009): I enjoy most of the original Star Trek movies, but not the reboot... Don't like the direction they went in (more action, less charm, TOO MUCH LENS FLARE).
-Touch of Evil (1958): Probably another choice that will get me hate... Honestly I can't really explain this one. I just never got into the movie. Maybe watched it on a bad day or something...
-Frozen (2013): I am generally a very big fan of Disney Animated Classics, but one of the most acclaimed ones of all, Frozen, just didn't do a thing for me. Didn't like the characters, thought development was weak, lame villain... Even watched it a second time, but it didn't improve for me at all.
-The Avengers (2012): How many friends have I made by now? Sorry, I didn't like The Avengers. Thought it was bland and the jokes got stale. This was really when I started to get sick of comic-book films.
-Avatar (2009): It really is just Pocahontas... with blue people. Outside of the special effects (obviously), I didn't care for much in this film.