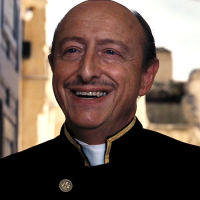 mattjoes The page you were looking for could not be found.
February 21 edited March 24 in Music Posts: 5,556
UPDATES:

In a written piece for the MI6 website, Matthew Field and Ajay Chowdhury, authors of Some Kind of Hero: The Remarkable Story of the James Bond Films, confirm that the SoundCloud track is authentic. They first listened to the Clapton theme in September 2020, when sound engineer Stephen McLaughlin, whom they had contacted about the theme, streamed it for them, having recently acquired a copy of it from Zoe Kamen, Michael Kamen's daughter.

Licence to Kill music editor Andy Glen has implicitly stated that the SoundCloud track is authentic. His comments can be found in this Twitter thread:

In the same thread, a person who contacted the original uploader of the SoundCloud audio gives more details on how the track was obtained.

Vic Flick has restated that the SoundCloud track doesn't fit with his memories of the 1989 LTK sessions. He says the original piece was more subtle and Bondian, and had no brass. Flick won't say the SoundCloud track isn't the right one but won't authenticate it either. The full comments can be found in the "James Bond Enthusiasts" Facebook group. Link unfortunately not available (it's a private group). Here is a link to a follow-up post by the person who contacted Flick: https://www.facebook.com/groups/404575723277508/posts/1508943272840742/

Vic Flick has said that from what he can remember, the SoundCloud track sounds nothing like the 1989 LTK sessions. His full comments can be found in the "James Bond Music" Facebook group. Link to the relevant post (check the comments section): https://www.facebook.com/groups/JBMAS/posts/5192347487471635/

The SoundCloud link has been deleted. Try this one instead. It's the original audio downloaded from SoundCloud (no re-encoding): https://archive.org/details/licence-to-be-killed

A YouTube video with the track has also been deleted "due to a copyright claim by Michael Kamen." It's worth noting that copyright claims can be falsified, though in this case, the domain of the email used for the claim was "kamen.co.uk" (source). This is the link to the deleted video: https://www.youtube.com/watch?v=Z6o6BHRs0_A

Given the notability of this piece of music, I think this deserves its own thread.

As you might know, an instrumental piece was composed by Michael Kamen for Licence to Kill, and was recorded featuring both Eric Clapton and Vic Flick on guitars. In the end, it wasn't used and, to the best of our knowledge, it has never been released.

About two weeks ago, I was listening to something on SoundCloud and I ran into this:

The title reads: "James Bond Theme - License to Kill - Eric Clapton outtake". The description reads: "The unreleased EC track from the 007 film, License to Kill. Recorded at the Townhouse Studios, London February 1989." The piece was uploaded to SoundCloud on January 2nd, 2022.

The uploader seems to specialize in Eric Clapton music.

You'll understand I took a skeptical position about what I was seeing and hearing, so I left a comment asking for a second confirmation that the uploaded piece was indeed the unused LTK instrumental, and asking for information on how this piece was found. Unfortunately, there has been no response to date.

Still, we can analyze the piece of music by ourselves and see if it is consistent with what we know about the unreleased LTK instrumental.

The following text is taken from Jon Burlingame's book, The Music of James Bond. I have bolded certain relevant parts.

By early February 1989, Kamen had come up with a theme. As on Lethal Weapon, he brought in guitarist Clapton, and, at the suggestion of engineer Stephen McLaughlin, original Bond theme guitarist Vic Flick (who had not played on a Bond since the 1960s). Clapton and Flick joined Kamen, drummer Steve Ferrone and percussionist Ray Cooper at London’s Townhouse Studios to record the music for a TV commercial that would also cross-promote the movie.

What actually happened that day depends on who’s telling the story. "It was a disaster," recalled Sill. "Michael was completely unprepared. He was vamping, and this was the wrong time to do it." Remembered Flick: "It was kind of a bluesy, bendy tune, with Clapton fooling around from the outline of a theme on top of a basic backing track and me providing the dark-guitar countertheme in the bass end." Flick (who had brought his original 1960s guitar) recalled that "all day we worked on this composition and by the close it was sounding pretty good." McLaughlin recalled it as "a big Bond-y tune, and it also had a kind of quote of the Bond theme."

According to Flick, a video shoot for the commercial took place the next day "in the attic of a riverside wharf [in the] London dock area." Kamen summed it all up years later by saying that the session "didn’t really bear any fruit." Sill dismissed it as "terrible," and together with the Broccolis a decision was made to shelve it. Issues involving payment for Clapton’s participation further complicated matters, and as a result the track has never seen the light of day.

In addition, Kamen hoped to turn his main theme into a song, just as predecessors Barry, Hamlisch and Conti had done. Scottish songwriter B. A. Robertson, who had written hits for Cliff Richard and Mike & the Mechanics, was invited to pen the words. Kamen had not, however, had a hit film song at that point; that would come two years later, with the chart-topping Bryan Adams hit "(Everything I Do) I Do It for You" from Kamen’s score for Robin Hood: Prince of Thieves. "I was very displeased to find that my tune and my melodies were not taken seriously,” he later admitted. “I was sorry not to be able to write a Bond song. I thought I had written a really good one."


The SoundCloud piece is consistent with Vic Flick's description. The piece is bluesy, and the electric guitar melody literally includes pitch bends. The Bond theme riff is heard a few times on the low end as a secondary melody. The piece is also consistent with engineer McLaughlin's description, in that it has a quote of the Bond theme (the riff and the chromatic vamp, not to mention the intro and outro). Whether it is "a big, Bond-y tune" is more subjective, though I would agree with that description. The main melody seems fairly extravagant and dramatic, in Bondian fashion.

The arrangement and instrumentation are also interesting to study. Rhythmically, the intro of the theme is reminiscent of the gunbarrel theme of the score. The strings playing the chromatic vamp of the Bond theme at 0:20 sound quite similar to the ones heard in the gunbarrel (in both cases they sound like violas and celli playing in unison). The riff of the Bond theme is played on high strings at 0:27, which is also the case in the gunbarrel theme and the track Licence Revoked from the soundtrack album. At 0:40, a bell tree is heard. Bell trees are also present in the soundtrack album, in the tracks James & Felix on Their Way to Church, Sanchez Is in the Bahamas/Shark Fishing, Ninja and Licence Revoked. I haven't verified it thoroughly, but it seems to me bell trees were frequently employed by Michael Kamen in his film score work.

Now we come to the aspect that gives me pause. While the guitars, bass and drums sound authentic to me, the orchestral elements sound like synths, particularly in the intro and outro of the theme. The repeated "machinegun" notes on brass are especially telling in that regard. Still, the fact those instruments might be synths doesn't necessarily mean the piece is fake. The possibility remains that some instruments were performed "live", while others were performed on synths, with the idea of re-recording them with an actual orchestra at a later time. I'm not sure how that lines up with the fact the theme was initially recorded for a TV commercial, but the fact music producer and consultant Joel Sill says Kamen "was vamping, and this was the wrong time to do it", and Vic Flick says "all day we worked on this composition and by the close it was sounding pretty good", suggests that the composition suffered significant changes during the recording session. It would make sense not to have an orchestra standing by when a theme is going through major changes.

So is the SoundCloud piece authentic? I don't know for sure, but I think there's a substantial possibility that it is. If it is authentic, that means it was somehow leaked from wherever it's stored. I have to say that possibility doesn't make me suspicious at all, as there are many bootleg soundtrack albums whose music came from tapes that were copied by some random employee who didn't tell anyone about it.

If anyone here is intimately familiar with Eric Clapton's work, it would be interesting to hear your opinion on whether the guitar playing sounds like him.

Lastly, I will say that, authentic or not, that SoundCloud piece is going in my collection, because it's really cool. The melody is delightfully dirty, and I love how every once in a while, the riff of the Bond theme is heard along that piano.
«1234»