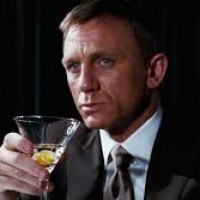 sworddevil1 USA
November 9 in Bond Movies Posts: 516
The basic idea here is what James Bond film best captures the true spirit of Ian Fleming’s literary James Bond 007. I going to say Daniel Craig’s performance and the story from Casino Royale (although modernized) is closest to Fleming’s true incarnation of Bond in the books. Cold, calculating, loved the ladies (albeit the married woman’s), the gambling, heavy alcohol usage, and the cool that only DC could exude as Bond. Thoughts? Shout out @Birdleson for encouraging this thread.
«123»