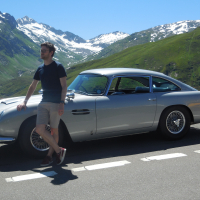 goldenswissroyale Switzerland
October 2020 edited January 3 in Trivia & Games Posts: 3,778
With NTTD once again months away, we need other things to enjoy: Let's celebrate the 24 EON Bond films and their best moments.
My idea is the following:
«1234567…30»