GertGettler Laptop Barcelona
October 2019 in General Movies & TV Posts: 431
Like "Star Trek: Discovery" (https://www.mi6community.com/discussion/15933/star-trek-discovery-cbs-all-access-netflix-2017#latest) and "The Orville" (https://www.mi6community.com/discussion/18412/the-orville-fox-tv-2017-present#latest), this new Trek-series deserves it's own topic too. Like any other TV Series. I think there will be different audiences to each of these TV Series. And perhaps it will prevent the too simple "this is better than that series"-debate. A slightly more focused approach so to say ;-).

Having said that, I am tremendously looking forward to "Star Trek: Picard". Down below the first teaser trailer and the latest full trailer that was released this week. "Star Trek: Picard" will premiere Friday 24th of January 2020 on Amazon Prime and will run until Friday the 27th of March (season 1, 10 episodes). 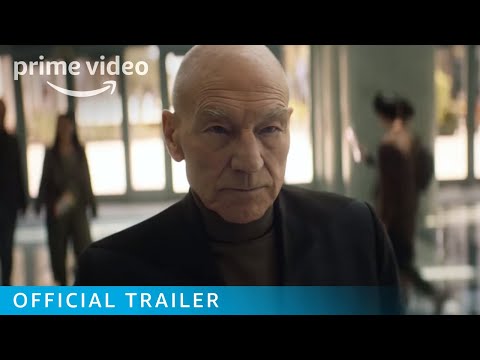 Conclusions: This looks bloody awesome. It's filmed in a much warmer, friendlier way (color filter) as opposed to the more negative "Star Trek: Discovery". Also interesting. The first looks of Hugh -Three of Five- who had a pivotal role on TNG, Captain William Riker of the USS Titan and Counselor Deanna Riker-Troi. We also see the first images of a small class Romulan Bird of Prey, that was also briefly seen on ENT and TOS. Remarkable are also the new androids (will one of these get Data's implanted memory?) and what seems to be a family member of Picard? In any case...bring it on!