Bond Cars that Should Have Been, or Should Be 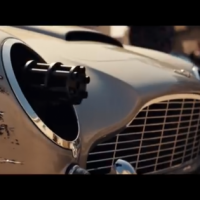 BMW_with_missiles All the usual refinements.
March 2017 edited September 2018 in General Discussion Posts: 2,980
The missed opportunities of the past, and new opportunities for the future. What cars should Bond drive/have driven?

Take the BMW Z3 from GE. Not a particularly good looking car IMHO, and highly underutilized, some say due to it being a prototype and BMW being unwilling to risk its destruction in a stunt. At the same time, they were producing a much more beautiful, and often overlooked car; the 8 series.

The though of an action sequence in a Bond movie featuring this car is the stuff of my dreams!

Or perhaps, instead of the horrible Hornet in TMWTGG, the Bricklin SV-1; What cars do you wish Bond had driven? What cars would you like to see him drive going forward?
«12»