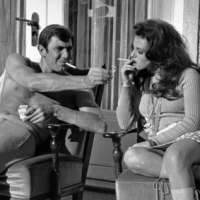 GeorgeLazenby
March 2011 edited March 2011 in Bond Movies Posts: 293
This is a film that takes a lot of flak from people, and deservedly so I suppose. But behind the shenanigans are some excellent Bondian moments that raise the film at least a few notches out the series' lower echelons. Barry's score, Connery's assured and tongue in cheek performance with just a touch of deadly cool, the witty dialogue, Adam's sets and the dusty ambiance of 70s' Vegas all have more to offer than many if not most of the films that followed. There is no excusing the final act, however.
«12345»