A World Without Want - An Unofficial James Bond Board Game Project 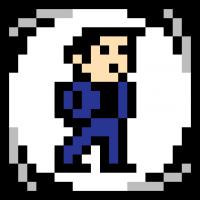 NickTwentyTwo Vancouver, BC, Canada
August 2022 edited August 2022 in 007 Gaming Posts: 7,322
Hello all, I’ve created a thread for a project I’m working on, which is a James Bond board game called “A World Without Want”. I’ll answer some questions right up front:

Why are you making a James Bond board game?
In my experience, the best accessible James Bond interactive activities have been FPS video games, like GoldenEye 64. While these are a lot of fun, they really only encapsulate one part of the James Bond experience: firing guns at people. I wanted to capture an experience that was more akin to the globetrotting freedom, exploration, lead-following, plot-unravelling component to Bond.

So, what is it?
This is a board game where each player takes the role of a 00 agent of their own creation, or of (any one version of) Bond himself. Each player then travels freely around the world to various locations that appear frequently in the Bond films, and encounter people, places, and things from the Bond films that appear in those locations. For example, if you depart to Macau, you might run into Andrea Anders, or Severine. If you head to Mexico, you might find yourself in the middle of a Day of the Dead festival. Venice, Italy? Any of Tov Kronsteen, Holly Goodhead, or Adolph Gettler, or cruise around in a Spirit 54 Sailing Yacht. The players are able to choose how they interact with these encounters, and the players receive “intel” from these encounters, which is needed to complete missions.
Sounds like it could get complicated, but I really want to make sure the game is as simple as possible. Visit a location, equip yourself with weapons and gadgets, maybe a car, recruit an ally or two, and basically bomb around the world of James Bond.

What’s the point of the game, or the end goal?
The point of a playthrough of the game is to complete a mission that evolves over time, depending on what you find in the world. I like the idea of creating your own Bond story that evolves organically, depending on how you interact with the world.
Originally, when I created the concept, the plot was that Bond had been kidnapped and the players were up and coming agents at MI6; M has granted you all temporary 00 licences and set you out in the world to find Bond, with the agent who ultimately brings him back getting to keep their 00 designation. As you gather intel from encounters around the world, it would be revealed to you that one of Bond’s previous villains was behind the kidnapping, and the objectives of the mission would change accordingly.
I want this game to be experienced is as many ways as possible, though, so I figure you’d be able to play through the missions of Casino Royale, Moonraker, Skyfall, etc. either as your own 00 agent, or as any of the six Bonds from the films. Play by yourself, cooperatively with friends, or competitively to see who can achieve the objectives first.

OK, so, why clog the forums up with a thread about it?
Essentially, I think if I have a place I can post updates about the game, it will keep me in the mindset of working on it. It’s been a passion project for a few years now, but I really want to get on with it and complete it, so it’s in a state where I can playtest it, make tweaks, and perfect it.
Also, I figured maybe there would be forum members who might find this project interesting (I understand not everyone is into board games), and I could share my progress and even get some community ideas for things (I’ll give credit!).
Anyways, I haven’t wanted to share it for a long time because it’s a project near and dear to my heart, but I think at this point it will be beneficial for me to do so. Enjoy taking the journey with me! Updates soon.