I'll be starting a new game 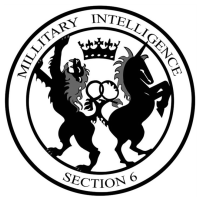 MI6HQ At The Vauxhall Headquarters
April 13 edited April 13 in Trivia & Games Posts: 652
I've visited CommanderBond.forum and I saw some interesting games there:

April is the cruellest month: A Day by Day Game.
For those who want to see it:
https://quarterdeck.commanderbond.net/t/april-is-the-cruellest-month-a-day-by-day-game/2299

And This or That? Game
For those who want to see it:
https://quarterdeck.commanderbond.net/t/forum-game-this-or-that/150

So between the two? What (thread) game do you guys want to start in this forum?