How have your feelings changed or stayed the same about each Bond film? 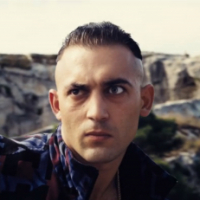 FoxRox
January 5 in Bond Movies Posts: 10,796
With the recent TB vs. YOLT thread, I got to thinking of how several of my opinions have changed over the years for several of the series' entries. I thought it would be fun to set up a discussion to see people's opinions about all the films, with the ones that have remained consistent or changed a lot for them. I'll get it started:

DN: Have always enjoyed this entry, though my appreciation and taste for it has only increased over the years. Like I'd say as a kid it would have been maybe at the edge of Top 10 or somewhere in the Top 15, but now it's #7 and threatens #6 sometimes in my head.

FRWL: Was not crazy about this one as a kid. The one thing I did always enjoy was the train stuff, but much of the rest of the film I was just too young to appreciate when I first saw it; slow-burner thrillers like this I feel like are just so much better when one is older, or at least it was the case for me. Now, I love all of it, and I'm certainly in the general opinion of it being one of the series' best entries.

GF: This is one that I've consistently loved from the beginning. Super entertained by it as a kid, and all this time later it's a Top 10 lock and loads of fun.

TB: The first Bond film I ever saw. I remember being bored by several segments of it, finding it so much slower and less interesting than my obsession at the time, Indiana Jones. I was taken by the PTS and some of the action scenes, but even though I chose this one to be my first Bond film based on the super-cool title, most of it didn't wow me on my initial watch. As an adult, it is currently my favorite Connery film, and I think it's just plain awesome. The closest thing we've gotten to a perfect Bond novel + Bond movie hybrid on screen.

YOLT: This one is kind of like a reverse DN for me. I always have enjoyed it, but while it would probably have been in or close to my Top 10 as a kid, it's now quite a deal lower on my list since several other entries have surpassed it. Connery's performance is just so much less amazing than his first four. It's still a damn fun movie though and I'll always enjoy it!

OHMSS: As a kid, I wasn't a big fan of it. I thought Bond getting married, his wife dying, and Lazenby being a one-timer were all super interesting little things about it, but the movie itself wasn't my cup of tea as a young one. For several years now, it's held the #2 spot in my ranking though. I actually love George Lazenby as Bond, and pretty much every element of the movie comes together perfectly for me. Definitely a big positive increase over time here.

DAF: Here we got a big opposite from OHMSS. I found DAF pretty entertaining as a kid and liked most of it, whereas now it's near the very bottom of my ranking. It just can't compete with any of the golden age films. There's bits and pieces I still like, such as the excellent Wint & Kidd, but on the whole I just don't think it's very great compared to most other series entries.

LALD: When I was younger, this film ranked a bit higher for me, but really my enjoyment of it has only faded the slightest if at all. Sometimes ranking drops are caused simply by enjoyment increases of other films! Always loved Moore, and I always found this the funniest of the Bond films. Great, unique series entry.

TMWTGG: Was one of my favorites as a kid. Just remember being super in love with it and enjoying all of it! I went through a phase sort of recently where I considered it one of the series' worst, and now I've come to the point where it's somewhere in between! Lee's and Moore's performances elevate it very much. There's some stuff I'm not as fond of, but on the whole I find it a very enjoyable experience.

TSWLM: Oh man, here's one I've always loved a lot. TSWLM carries some of my fondest memories. I would say it might have even been Top 5 when I was a kid, and though unfortunately it's at #9 now, I wouldn't say I love it any less. Highly doubt it will ever be supplanted as my favorite Moore film.

MR: This one's a bit trickier to nail down. I feel like as a kid I liked different things about it, like the more space and sci-fi related stuff, whereas as an adult I've liked the first half way more. Collectively though, I don't think I've ever regarded it as a great series entry. It's got plenty of nice elements, particularly gorgeous cinematography and score by Barry, but some of the camp is a bit much here and it feels like an inferior TSWLM / YOLT formula at times.

FYEO: I think this one might have used to rank low for me as a kid. I never hated it I don't think, but certainly as an adult I've enjoyed it way more. It's come close to Top 10.

OP: I don't believe this one's ever been anywhere near a favorite for me. I might have liked it a little more in my youth, and while I do enjoy much of it now, it's definitely been hanging closer to the bottom for some time now.

AVTAK: This was one of my least favorites for a pretty long time, but now I have a lot of fondness for it. Before Craig's NTTD, I enjoy AVTAK significantly more than the other long-running Bond finales (DAF and DAD). It's not of the best-made or amazing Bond movies by any stretch, but I just find stuff like Zorin, the title song, Barry's score, and even some of the silliness really enjoyable here. I'd love to see this one get a little bit of a reappraisal.

TLD: Here's one that's also significantly gone up for me. Timothy Dalton was my clear least favorite Bond actor as a kid, and I didn't enjoy a whole lot of TLD after the first few minutes. While it's never come too close to my Top 10, I now find it a mostly solid entry with some truly cool stuff, and my appreciation for Dalton himself is much higher. The third act still holds it back though, as well as the weak villains.

LTK: One I have consistently loved, although slightly less as an adult. It was one of my first ones - I believe my second after TB - and I just adored the change of pace with more action and speed at the time. It's got tons to love and gets quite close to my Top 10.

GE: Another one I have always loved. Nothing else to say here - it's all amazing.

TND: Here's one that I didn't like much at all as a kid. It was the last Bond film I watched of the first 20, and I just struggled to get into much of any of it at the time. Took me quite a lot of watches to enjoy it, and now I regard it as easily Brosnan's second-best and a pretty decent entry in most regards. Not a big fan of the third act, but on the whole, not shabby at all.

TWINE: This was a favorite for me as a kid, but for a while now as an adult it has languished near the bottom for me. Something about the plot was just so much more enjoyable when I was young, and I guess all the faults didn't stick out for me at the time so much. I still do like some aspects of it, but yeah, a big drop-off here.

DAD: I liked it a little more in my youth. Never considered it great or held it up as a favorite, but I did think it was a little over-hated. For quite a long time now though, last place entry I'm afraid. Once they reach the ice palace, there is truly no turning back...

CR: Has always been my #1 since first watching it. Perfect Bond film. All I have to say.

QOS: This one's done a fair amount of jumping around over time for me. I'd say it would have been #6-9 as a kid, but then there was a phase where it was like a more middling kind of entry. Most recently, however, I've loved it a lot more again, and though it's just outside my Top 10 for now, it has that potential to get back in. Underrated entry with lots to love.

SF: Always adored it. I think it might have even been my #2 or #3 when it first came out, and for a long time now it's been my #5. Pretty consistent here.

SP: Was like my #9 or #10 on the first couple watches. Graduated to a middling spot, and for years now is trapped in my bottom 3. This is the one I suffered the biggest honeymoon phase from!

NTTD: Only four watches so far, but I'd say it's only gotten better if anything. It's not perfect, but I think I can say at this point it's a strong rebound from SP for me and was quite a satisfying outing on the whole.