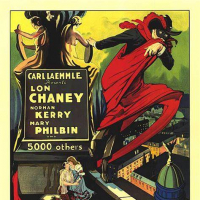 Thunderfinger Kingdumb of Norway
November 2017 edited June 2020 in Trivia & Games Posts: 41,309
I know there have been a few similar threads here already, but they all fizzled out sooner or later, and didn t have an end purpose.

In this thread I will pit every Bond film against every other Bond film in random order, and that will eventually include Bond 25 as well as it is going to take a while.

When we are done, I shall put up the ultimate community ranking based on your simple preferences in each round. The film with most wins compared to losses will come out on top, and vice versa.

I aim to run each round approximately a week, so everyone gets a chance to have their say.

You just state which of the two you prefer, but feel free to make any kinds of comments and comparisons or none at all. I won t count ties.
«1234567…178»