Best Movies You'd Only Watch Once 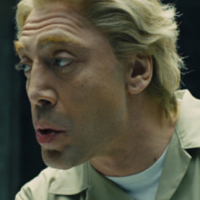 FoxRox
July 2016 edited July 2016 in General Movies & TV Posts: 11,420
There are plenty of great movies out there, and most of them we love to watch over and over. However, every now and then, there's a movie one can recognize for its excellence, but have little desire to revisit. So, this thread is for movies you all think are great, but you probably wouldn't watch again. Some of mine:

Raging Bull (1980)
Martin Scorsese is definitely one of the most talented film directors to ever live, with a very impressive resume. Many have selected Raging Bull as one of his best movies, and while I agree it is a very well done picture, it was hard for me to get through because of how bleak it got. While it's a good one, I'd much sooner revisit Taxi Driver (probably my favorite Scorsese film) or Goodfellas.

The Deer Hunter (1978)
I was pretty impressed with The Deer Hunter, but I knew immediately once it was over it's a one-watch film for me. It's long and exhausting, but it's definitely a film worth watching.

Castle in the Sky (1986)
I'm a big fan of Hayao Miyazaki (one of my favorite directors), and there's only 3 of his films I don't own. I don't dislike any of those movies, but Castle in the Sky is the best of them, yet I'm never in the mood to re-watch it. That's why I didn't buy it.

What about all of you?