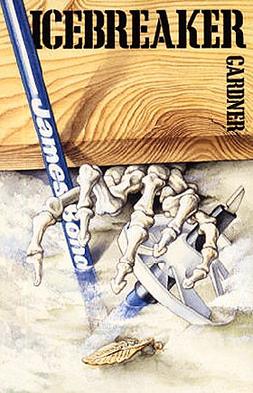 As there's never been a specific thread here on John Gardner's third James Bond continuation novel Icebreaker (1983) I thought that I would remedy this fact and start a thread where we can discuss, review, criticise and even help conduct some research on the novel.

Icebreaker saw John Gardner return the literary Bond to the subject of the Nazis, past and present (see Sir Hugo Drax in Ian Fleming's Moonraker) and a neo-Nazi group called the National Socialist Action Army (NSAA) who were killing Communist Party members and associates the world over in a terrorist campaign designed to usher in a Fourth Reich in Europe. The NSAA may have been based on this similarly titled neo-Nazi political party of the early 1980s in Britain (linked below) which also attacked Communists and was involved (like the villain Count Konrad von Glöda aka Colonel Aarne Tudeer) in arms smuggling to further its nefarious ends:

I'd love to hear your thoughts on this novel and what I've written about the possible inspiration for Gardner's NSAA villain's organisation in this thread. Let's get a good conversation going here.
«12»