Bond 25 (and Beyond) directors you consider. This can be directors, second Unit Director or D.O.P. 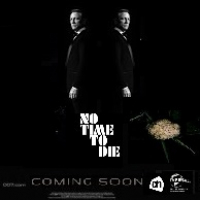 M_Balje Amsterdam, Netherlands
April 2011 edited December 2014 in No Time To Die (2021) Posts: 3,732
Bond 24 directers you consider. This can be directers, second United Directer or directer of photography

Seamus McGarvey. The cinematopgrapher of ''short'' of International Woman day. Con: Another possible Twine look and that's not what imagine for Bond 24 at the moment. Because Barbara Broccoli, those days producer of the Bond movies ask him for this short, that short possible test or he is good enough for Bond 24.