Baltimore_007
March 2012 edited March 2012 in General Discussion Posts: 5,634
I've seen no mention of it and I think News is the right category for it, it wouldn't seem appropriate anywhere else but some may be aware that today was the 25th anniversary of a major sea disaster off the British Isles in 1987, when a passenger ship left it's port with the bow doors open !, and subsequently sank about a mile off land with the result of 193 casualties in total, I think it's the biggest UK shipping disaster in home waters, but may be wrong. Someone will remember this event

I remember the day well, was in London at the time for an exhibition and news came through about an incident off the coast of Belgium, we didn't know at the time the full extent of the situation but it became one of the biggest maritime tragedies of years and it was all down to human error. The bow doors had not been closed and the ship was allowed to leave harbor and take on water with devastating results, there was a long enquiry about it but to this day I don't think anyone was properly prosecuted for it which was simply inadequate for the families involved

This would of been more appropriate news earlier in the day but didn't get a chance to post, just wanted to give a mention while there was just enough time to those that lost their lives that day (193) and to all the loved ones involved. The very worst thing about it is that it was an event that so easily could of been avoided 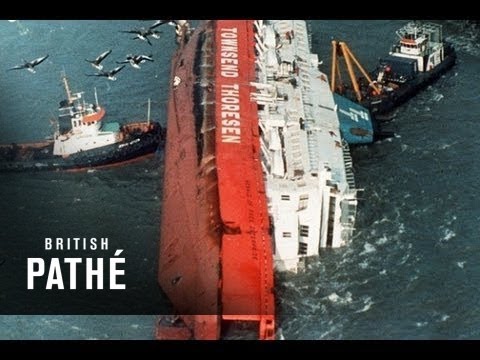