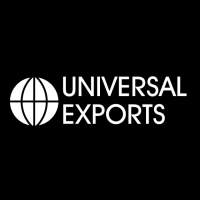 Universal_Exports83 Scotland
July 27 in Bond Movies Posts: 49
I'm new here to the community so forgive me if this has been discussed before or if this should be elsewhere. Apologies upfront on that and if this is a duplicate, sorry.

I have recently been reading that Charles K. Feldman approached Sean Connery in 1964 and offered him the role of Bond in the movie. And that Connery agreed to do so for a fee of $1 million. Which Feldman baulked at and rejected and so went to look for another actor to play the role of Bond.

I find this fascinating. And first of all, can anyone confirm this as true? And if so, what were the possible rammifications for the franchise if Connery played the part?

Feldman had originally approached Cubby and Harry to make a deal with EON to produce the film a lá Kevin McClory and Thunderball. Not wanting to go through that ordeal again and frequent argument between the parties resulted in the collaboration not happening.

My question really is then, would Sean have been allowed to take on the role? Was he under contract to EON? Obviously he was free to take on other roles outside Bond. So would this have counted as that or would it be seen as a conflict of interest?

I also thought that relations between Cubby and Harry and Sean didn't start to sour until You Only Live Twice?

There are so many questions that arise from this scenario. Did Sean really want the role? Or did he just want the money? Did he agree to do it for $1 million with no intention at all of playing the role but if Feldman had agreed to the $1 million then Sean would have went back to Cubby and Harry with the offer and got a better deal for himself from EON?

Also, what were Feldman's intentions? Was he hoping that if he secured Sean then Harry and Cubby would have come back to the table and a co-production could have been agreed. And if Feldman had agreed to pay Sean and Sean accepted the role would they have filmed Casino Royale straight and not as a spoof (presumably).

It gives us a lot to think about. Least of all that film would have been monumentally better. Although would this have resulted in Cubby and Harry cutting ties with Connery earlier? Would Sean have bagged himself a production deal that he wanted from EON and/or more say in the writing and the script. And would this have resulted in him staying in the role longer with EON if it ended up a co-production? And if it wasn't a co-production and Sean starred in the picture and it was a huge success. Would this have confirmed for Cubby and Harry (at least in their minds) that Sean Connery IS James Bond! And then made sure to tie Sean up to a better deal for more films.

And lastly, what would this have meant for Daniel. As presumably Casino Royale would be ruled out as the first of his films?