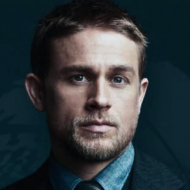 shobair London
October 2021 in Bond 26 & Beyond Posts: 84
What you guys think what type of bond 26 titles will select?