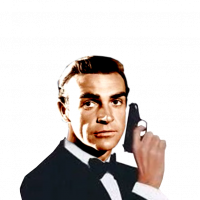 007ClassicBondFan
December 2020 edited December 2020 in Bond Movies Posts: 1,203
Peter Hunt’s direction for On Her Majesty’s Secret Service could be considered to be a large reason as to why the film works on so many levels. His direction of the cast, and direction of the action scenes, his direction of the love/exposition scenes, his desire to have the film shot differently than what had come before, his total control over the production (even exceeding that of Broccoli, and Saltzmen’s control at times), his desire to return to Fleming’s source material (which wasn’t present in most of the previously written drafts for OHMSS), and his final say over the editing and length of Majesty’s. This leads me to ask this question, could Peter Hunt be the “Auteur” Bond director?