Would you like to see a return of `The Last Trick' (taken from the Fleming novel GF)......? 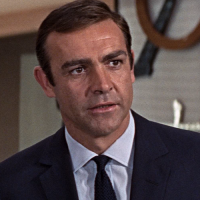 jetsetwilly
October 27 edited October 27 in Bond Movies Posts: 1,866
Looking back at the Bond films, one trend that I would like to see the return of is the surprise re-appearance of a henchman or villain looking to kill Bond in the final scene, when Bond has relaxed and thinks the mission is over.

We first saw this appear in a Bond film in FRWL with Rosa Klebb. The trend then followed in the following films -

I don't recall any other films after TMWTGG where this occurs again (correct me if I'm wrong) which is a shame as this is one element of the Bond films that I love, and want to see it return again.

Considering the films are so formulaic, and this was also a trick used frequently by Fleming in the novels, I'm amazed this particular revenge comeback moment was never repeated after Nick Nack's bottle throwing escapade.

What does everyone else think? Would you like to see this return?