One of the weirdest comedies on TV ,it was compelling viewing with a massive range of strange or evil characters residing in the mysterious village of Royston Vasey .

And a talented cast :

All these ingredients made a terrific if warped show .


This article has appeared 15mins ago,with news that LOG is returning for 3 specials,to test the water I would think,and also that AAAAAHHAAAAAAAA Alan Partridge is back as well :

The League of Gentlemen to return to BBC Two.

The League of Gentlemen is to return to BBC Two for three special new episodes.

This year marks the 20th anniversary of the comedy, which began on BBC radio before moving to TV from 1999 to 2002.

Its comeback isn't a massive surprise - Mark Gatiss hinted at it last year. BBC Two controller Patrick Holland described it in Edinburgh on Wednesday as a "much anticipated return".

He also confirmed that Alan Partridge would return to the channel - but didn't give away any details.

All four of The League of Gentlemen's original creators - Gatiss, Steve Pemberton, Jeremy Dyson, and Reece Shearsmith - will reunite for the new specials.

Pemberton told The Daily Mirror: "I think there is still an appetite for it, people still remember it, we are all still great mates and I see no reason why not. We won't rush it, it's something we want to go get it right."

Personally I cant wait,i have all of their work on DVD including the film and live shows. 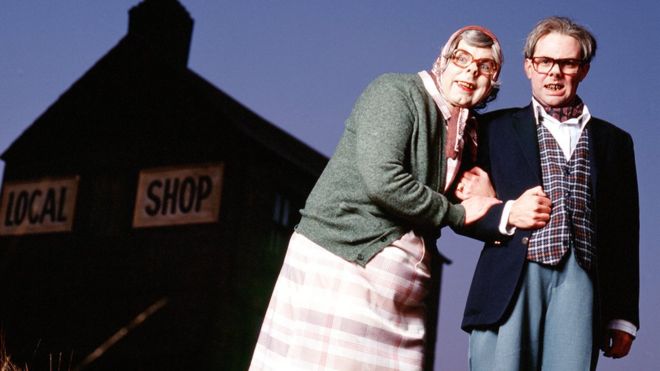