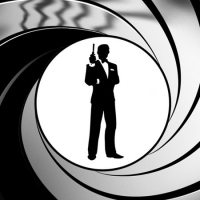 Bond in Mission 9 Market District instead of Wai Lin