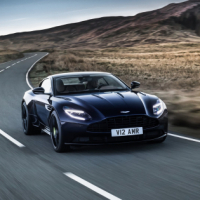 BondAficionado Former IMDBer
July 2022 in Bond Movies Posts: 1,865
The Daniel Craig Bond Timeline is exactly what it sounds like: a conclusive timeline showing the chronology of the entire Craig era. I had this idea a few years ago but it wasn't until the release of No Time To Die that I felt that it had to be done. After all, NTTD perfectly bookends an era that started off just as concretely with Casino Royale. Although not only do we have a clear beginning and end, but Craig's 'universe' is also separate from the other Bond films so it makes this even easier.

I personally find it interesting to document the timeline of his five films and I know some of you do as well based on comments I've read over the past year. Together we can start by creating a list of dates and events for each film and then put these together to make a master timeline. Once that's complete it would be a nice idea to add all the information to a timeline maker (such as https://time.graphics/) because it would help contextualize and visualize every event, while also making it more interactive.

With such an accurate chronology of Craig's era it might make us realize things that we didn't notice before. It can also serve as a future reference for anyone searching for how events relate to each other. So that's why I think it's worth the effort. Any input would be greatly appreciated, in particular there are some events that don't line up and I think it's necessary to discuss these so that the timeline is as accurate as possible.

As a general rule of thumb I would suggest that consecutive scenes where there is a time jump are as close together as possible (where it makes sense). In other words, if a day scene follows a night scene in the same location then it should be assumed that this is the next day. With this logic it should be possible to assign actual dates to many events, since there's usually a given date somewhere in the film and this can then be used as a reference point for other scenes. Another rule should be that we can source dates and events from any official media whether that be the films (CR, QoS, SF, SP, NTTD), making-of books, memorabilia, etc. Although the films must always take priority when there's conflicting information.
«12»