"00 Status Rescinded." - What Would Happen if Bond failed or did not exist? 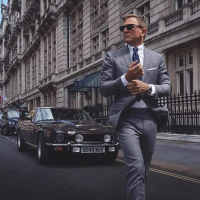 Bueno1694 Check my YouTube Channel: linktr.ee/Xtreemo
August 2020 in Bond Movies Posts: 39
What would ever happen with the world if James Bond failed or did not exist on any of his missions?
And with that, it could be any of them: books, movies, games, etc.

We always see Bond saving the world at the end of the day and we never have a glimpse of what could happen if he fails. Even the villains' speeches of what would happen feels a bit vague sometimes. And I don't mean just "the villain wins and the world is ruined blah blah". I am talking about all aspects - social, economical, political, and all of the other society important areas. I think it's a good discussion to see and know how the world would be if any of the bad guys succeeded in their plans.

Like Goldfinger for example. When Bond realizes that the bomb in Fort Knox would bring "Economical chaos in the west". What would that be, exactly? Would the USA become bankrupt at all? Or would it recover itself from the loss of one of its biggest national treasures, since it is a very rich country? Would other nations help it to re-establish its economy? How many years would that take? How would the radiation affect not only Fort Knox but all of the field regions around it?
It might be obvious but it might not be. Maybe other countries wouldn't help the "west" at all due to the loss of many investments that would've been put into the United States - they could have been destroyed along Fort Knox.

I might just be fumbling my words here but at least I tried to bring a different thread.

If this kind of discussion isn't allowed here (As it has politics, economics, and social topics around it), I'm sorry and I won't have any problems on the admins closing it.