The Music of David Arnold. 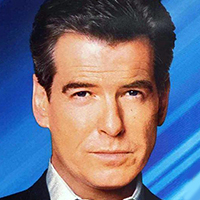 Murdock Mr. 2000
December 2011 edited December 2011 in Music Posts: 15,943
While I know some on this forum hate him, I actually like what he as brought to the table. I don't like everything he has done but overall he's done a solid job.

S&S: Good cover album of some of the classics.
TND: An awesome way to start, good music, lots of the James Bond theme. :D
TWINE: Not as good as TND but still fun to listen too. (A bit too much techno)
DAD: I love the orchestral parts of this score but when the techno sounds start coming in it ruins it for me.
CR: Good ambiance and good action music. reminds me of the classic Barry.
QoS: I Like the score overall but there is a real lack of the James Bond theme. (And a missed opportunity to re-use the classic 007 theme.)

I think he's brought some good things to the franchise but He's lacking in some places.

What are your thoughts on David Arnold and do you think he can improve?
«1234»