SPECTRE: The Board Game - Available in the U.S. at Target 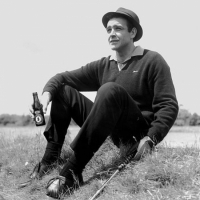 MrArlingtonBeach
August 16 in Merchandise Posts: 110
I had not previously heard of this game before yesterday, but stumbled across it at a Target department store here in the U.S.:

Seems it was initially announced August 2021 and was supposed to be out Spring 2022. Only now is there starting to be any kind of info online about it, and what is out there is pretty slim.

I did pick it up, and it was on sale here for $48 U.S. (the suggested retail price is $60 U.S.). It appears it is available for preorder from the publisher for those outside the U.S., and is listed as £50 GBP.

Will hopefully get to play this game soon and can share my thoughts after giving it a go.