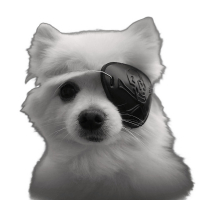 EmilioLargo Dublin, Ireland
August 14 in Actors Posts: 14
Having finally caught up with the 1966 movie "Kiss the girls and make them die" I have to agree with previous reports of the similarities therein to the later Moonraker. The movie, which was an obvious cash-in on the Bond craze also parodied several ideas from previous Bond movies. What I found interesting was the the manner in which the star Mike Connors went about his role. At times the movie wandered into Matt Helm territory and Connors hammed it a bit in those scenes, but in general he cut a good secret agent type and was fairly physical in the role. I think when EON were searching for the new Bond a couple of years later they may have overlooked an opportunity with Connors. Groomed up a bit I think he might have had a good stab at the role of Bond. A couple of times in KTGAMTD he reminded me of how Connery approached Bond. Anybody have an opinion on this?