Writing a James Bond Fan Film and Looking for Help 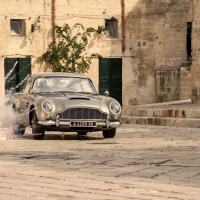 AlexCameron Ontario, Canada
February 8 in Fan Creations Posts: 1
Hey!
I've been hoping to write a Bond film for roughly 5 years now and I've recently gotten the urge to write it for once. I'm short for a plot and characters, but I've got set pieces and locations I'd like to incorporate into the film. If anybody is even slightly interested, please email me: [email protected]

Hope to hearing from some of you!
- Alex