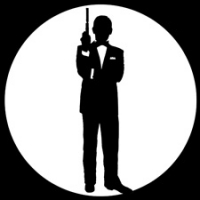 I'd thought I would post this interesting bit as I noticed I never shown it before.
This is a comparison of the car chase scene in Goldeneye where it originally was shot in one continuous take instead of cutting to Xenia in the car. I believe alot haven't seen this before.
Please note: this workprint footage shown is not from the actual workprint of the film but from a Japanese behind the scenes documentary which showed clips of the film before it's release.