Where I'd take Bond next... (please beware of potential NTTD spoilers) 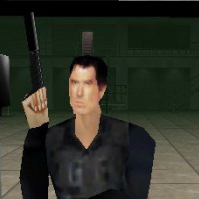 I say they go back to original (DN - DAD) continuity. Go back to the universe of the first 20 films. Have an OHMSS title sequence that shows clips from some old movies - Recreated with the new actor. Of course, retconned to make them appear more modern-day.

The perfect story for this would be "Bond gets framed and goes on the run." It is the ideal excuse to have a courtroom sequence where Bond's defense lawyer reminds the assembly of the services Bond has previously done for his country.

I think the new film needs to be a balls to the wall standalone action thriller, roughly two hours or less in length.

The best way forward is to ignore the Daniel Craig films. Allow those to be what they were.

I say the Scottish actor Sam Robertson would be a PERFECT Bond. He's the guy who plays Adam Barlow in Coronation Street. He has got James Bond written all over him.

Also, recast M, Moneypenny, and Q with actors more in line with their characterizations pre-CR.