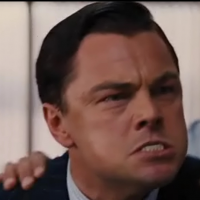 JoshBaker007
May 2021 in Bond Movies Posts: 38
Apologies upfront if I get some details wrong, as I've only read the first half of the Thunderball novel.

Obviously Sean Connery wouldn't go ANYWHERE NEAR this after the painful production process of NSNA and general lack of desire to play Bond again, so this obviously leaves open the producers second choice for Bond for NSNA, George Lazenby, to step into the role for his second performance as James Bond 007 in THE DEAD DONT LIE.

The Thunderball novel contains a small plot point about the Red Dragon Triads, so I was wondering whether it would be legally feasible to expand them into the main villains of the film alongside Spectre and Blofeld, and have the leader of the Triads basically be a re-dressed version of Largo (lets call him Man Tong for arguments sake) and have him take over as SPECTRE No.2 in the wake of Largo's death.

We could take Bond to Macau or Hong Kong in pursuit of Man Tong and his villainous team up with Blofeld and SPECTRE, who has... well this is one of the main sticking points- what legally could the producers have the villains do apart from steal Nuclear Warheads?

EON held the rights to almost all of the Fleming Bond novels and several of those adaptions did not heed to the villains original motivations in the novels- You Only Live Twice the novel was not about SPECTRE trying to start WWIII nor was Moonraker the novel about Drax trying to establish a new civilisation in outer space. So did Schwartzman and McClory have the same luxury- could they make up whatever they wanted for Man Tong and SPECTRE's evil plan or did it have to be some variation on stealing some form of warhead?

The same goes for the other main characters in this hypothetical sequel- did the main Bond girl legally HAVE TO BE another variation of Domino or did they have the right to do something completely different- after all, Holly Goodhead was not a character in the Moonraker novel.

By the same token does the film have to have a femme fatale in the style of Fiona Volpe/Fatima Blush?

Like Calvin suggested in his video that Blofeld may have had an expanded role in sequels to NSNA, and I would like this to happen in THE DEAD DONT LIE and have Bond somehow infiltrate SPECTRE's base in the final act and confront Blofeld in his boardroom (redesigned from the horrific design seen in NSNA.)

But could the producers even do THIS?

I'd love to hear what you think about this; obviously I dont have all the answers and Id love to hear from people who have more knowledge/info in the legal ins and outs of the Never Say Never Again saga, and from this, hopefully I can flesh out a more detailed outline for this hypothetical sequel along the road.

Thank you very very much for reading!