Which Bond film do you think benefitted the most from its accompanying soundtrack? 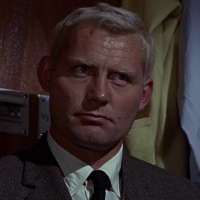 R1s1ngs0n France
September 2020 in General Discussion Posts: 1,299
As much as we love the Bond films, it is no secret than some of them were immeasurably augmented by their soundtracks.
If it were not for the miraculous talents of John Barry (and to a much lesser extent, those who came after him) some of these films would be quite painful to sit through.

List your top 3 of ‘stinkers’ that are made watchable largely thanks to the music.