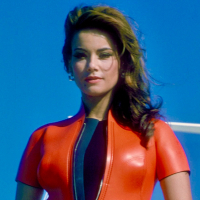 Slazenger7 Gothenburg, Sweden
August 2020 edited August 2020 in Trivia & Games Posts: 1,169
The concept of a snow chase feels almost synonymous with the Bond franchise. Strangely enough, there haven’t actually been that many of them. Just the fact that Sean Connery never did one is kind of mindblowing. The ones that does figure, on the other hand, are usually very memorable. Let’s vote for the best one!