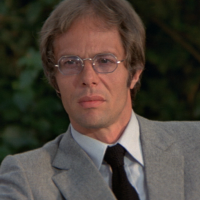 Locque Escaped from a Namur prison
June 2020 edited June 2020 in General Movies & TV Posts: 262
Italian Bondsploitation with Adolpho Celi (Thunderball), Daniela Bianchi (From Russia With Love), Anthony Dawson (Dr. No), and starring Neil Connery. NEIL Connery? That's right, the brother of Sean plays the brother of an unnamed secret agent, who, in his absence, is called on to save the world. Bernard Lee and Lois Maxwell also show up in very similar roles and even Ennio Morricone puts his own spin on the Bond-theme (just enough to not get sued).

Neil Connery (that's also his character's name) is a renowned plastic surgeon, a world class archer, a hypnotist, and a lip-reader (a set of skills that would make for the world's lamest superhero-team). Of course, he'll need to apply all these talents in the movie - making me almost wish this had turned into a franchise, just to see the screenwriters try to incorporate them in every instalment.

The plot involves a secret criminal organisation not called Spectre going to great lengths to get hold of an 'atomic nucleus' (which is strange, as there are about 10 to the power 28 in the human body alone) and will take our hero to Monaco, Spain, Morocco and Switzerland.

The movie's far from great, not funny enough to be a spoof, too dumb to be taken seriously, alternating long scenes of tedious exposition with some truly outlandish moments, but at least it's entertaining to see Lois Maxwell kick ass in some action scenes.

If you're a fan of the sixties Bond movies, you should see this, but probably only once.