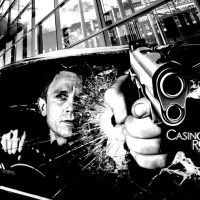 kadeklodt Ottumwa, IA.
March 27 edited March 27 in Actors Posts: 61
My long time imagination has been caught in my eye, the first Daniel Craig movie before he was James Bond was Lara Croft Tomb Raider (2001), when I saw Layer Cake's commercial's on TVs back in 2005, and I said "He could be James Bond." and I was right, he would be Bond in 2005/2006.

What if Bond got rebooted in 2000 for the new millennium? Completely avoiding Die Another Day and 007 Legends? Would it be bad if he played Bond that young at 32?