The Short Stories—For Your Eyes Only 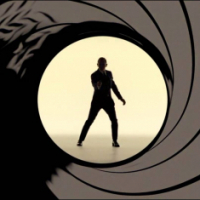 Gleaner Germany
March 2020 edited September 2020 in Literary 007 Posts: 2
›For Your Eyes Only‹ was written by Fleming in 1959 in Jamaica on the basis of an early film script, and published in 1960. The short story, one of my favourite ones, is about 15,500 words long. Other ideas for its title Fleming eventually decided against were ›Man’s Work‹ and ›Death Leaves an Echo‹.

The story is set on the island of Jamaica. One of the things I love most about ›For Your Eyes Only‹ is that—at least for me—it really conveys the atmosphere of Jamaica Fleming himself must have enjoyed when staying there and writing his books. The short story begins with a seemingly off-topic description of a hummingbird indigenous to Jamaica:

This first sentence of the short story to me is mesmerising in a way that is typical for Fleming’s writing: It instantly involves the reader, exuberates knowledge and expertise (in this case with regard to zoology) and opens up an exotic, promising world that can be used as a setting for the story which is to follow, laying the foundation for a sharp contrast between the beauty of nature on the one hand and the brutality of human life on the other hand.

At the same time, this prominent but somehow strangely out of place theme is a reference to Fleming’s inspiration for the name he chose for the main character of his spy stories: James Bond was the author of a book about birds in the Caribbean, ›Birds of the West Indies‹.

The story continues with Mr and Mrs Havelock, inhabitants of a Jamaican estate given to an early Havelock by Oliver Cromwell, enjoying their garden and talking about two specific pairs of the doctor hummingbird as well as the latest developments on the island: Shady characters are buying more and more of the traditional Jamaican country estates with money pouring out of Cuba, driving out old-established families. The force behind this development is the Cuban military dictator Batista. Mr and Mrs Havelock are sitting on the veranda of their estate, happy about the fact that her daughter Judy is so very fond of it, when the Colonel hears a car arrive.

Major Gonzales, a crook with ›liquid, almost golden eyes‹—a reference to Goldeneye, Fleming’s own estate in Jamaica—arrives with two of his henchmen in order to buy Content, the Havelocks’ estate, for the Major’s chief in Havana. When Colonel Havelock and his wife refuse to sell the property that has belonged to the Colonel’s family for three centuries, Major Gonzales does not hesitate for a second. He announces that he will carry on the negotiations with the next owner of the estate—the Havelocks’ daughter Judy. Gonzales’ henchmen shoot the couple in their fifties on their own veranda.

After the three men have gone, the scene on the Havelock’s veranda is an almost peaceful one—Fleming exploits the sharp contrast he has constructed so masterfully:

Up on the broad veranda of Content the last rays of the sun glittered on the red stains. One of the doctor birds whirred over the balustrade and hovered close above Mrs Havelock’s heart, looking down. No, this was not for him. He flirted gaily off to his roosting-perch among the closing hibiscus.

Fleming then uses the motif of the lawnmower to shift the scene of the action from Jamaica to London—another fine example of his literary mastery. With the same motif, Fleming also creates another sharp contrast between insignificant every-day problems and the brutal events on the veranda. At the same time, the subject of decay and transitoriness comes up again:

There came the sound of someone in a small sports car making a racing change at the bend of the drive. If Mrs Havelock had been alive she would have been getting ready to say: ›Judy, I’m always telling you not to do that on the corner. It scatters gravel all over the lawn and you know how it ruins Joshua’s lawnmower.‹

It was a month later. In London, October had begun with a week of brilliant Indian summer, and the noise of the mowers came up from Regent’s Park and in through the wide open windows of M’s office. They were motor-mowers and James Bond reflected that one of the most beautiful noises of summer, the drowsy iron song of the old machines, was going for ever from the world. Perhaps today children felt the same about the puff and chatter of the little two-stroke engines. At least the cut grass would smell the same.

M, who knew the Havelocks, has summoned Bond and presents this very personal case to him. The two men reflect on what would be the right thing to do, and for the first time Bond feels sorry for M because of the difficult situation he finds himself in—the situation of a judge ruling on a case he is personally involved in. Finally, M orders Bond to kill the man who pulled the strings behind the murder of the Havelocks, an ex-Gestapo man called von Hammerstein. M hands over to Bond a grey file with red letters on it which read: FOR YOUR EYES ONLY ...
Sign In or Register to comment.