Ranking the Title Songs by Era 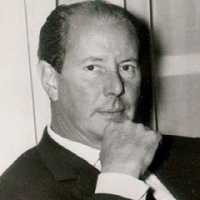 MakeshiftPython
February 2020 in Music Posts: 3,426
As far as the Bond songs go, I couldn't put all the 25+ songs on a list and rank them. However, I figured it would be interesting to rank songs by an actor's tenure. Like how "GoldenEye" in this case couldn't be ranked among Craig era title songs. Curious to see what rankings we got in store!

I'd include "Mr. Kiss Kiss Bang Bang", but neither version of the song ever actually turns up in the film or on the soundtrack besides instrumentals. But I suppose that won't stop any of you!

1. "On Her Majesty's Secret Service Theme" - John Barry
2. "We Have All the Time in the World" - Louis Armstrong
3. "Underneath the Mango Tree" - Whoever that singer was

Compiling all this, it intrigues me that both English born actors Moore and Craig were the only ones to have no extra songs on their soundtracks like the others!