She is credited as playing the Fang leader, but did she also appear in a second role as the woman standing behind Orson Welles in the pink dress and her hair covered standing next to Jacqueline Bisset (in her second role besides Miss
Goodthighs)?

Tracy Reed as the Fang leader. 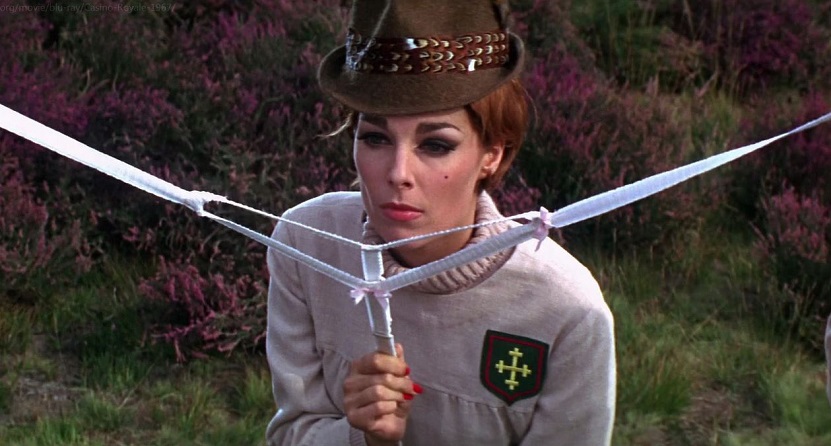