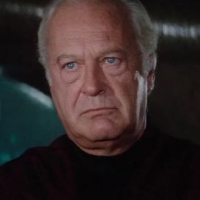 FoxRox
November 2019 in Trivia & Games Posts: 9,581
Many Bond villains have met with memorable fates throughout the films. Vote for your favorites in this game! Add (+1) and subtract (-2) each vote a day. Have fun everyone!

DN: Dr. No is boiled in his reactor - 15
FRWL: Klebb is shot by Tatiana - 15
GF: Goldfinger is sucked out of an airplane - 15
TB: Largo is harpooned by Domino - 15
YOLT: Blofeld escapes, self-destructs his volcano base - 15
OHMSS: Blofeld suffers neck injury caused by Bond, escapes after Bunt kills Tracy - 15
DAF: Blofeld has his escape pod crashed by Bond, his base destroyed by Bond - 15
LALD: Kananga inflates and explodes after Bond makes him swallow a gas pellet - 15
TMWTGG: Scaramanga is shot by Bond - 15
TSWLM: Stromberg is shot multiple times by Bond - 15
MR: Drax is shot with a dart by Bond, expelled into outer space by Bond - 15
FYEO: Kristatos has a knife thrown into his back by Columbo - 15
OP: Khan crashes and explodes in his plane - 15
AVTAK: Zorin plummets from the Golden Gate Bridge - 15
TLD: Koskov is arrested by Pushkin, presumably executed - 15
LTK: Sanchez is burned by Bond's lighter, explodes by a tanker - 15
GE: Trevelyan is dropped by Bond from the satellite antenna, crushed by fiery debris - 15
TND: Carver is killed by his sea drill after being held in place by Bond - 15
TWINE: King is shot by Bond - 15
DAD: Graves is shredded by his plane's jet engine - 15
CR: Le Chiffre is shot by Mr. White - 15
QOS: Greene is shot by Quantum for his failure after being abandoned in the desert by Bond - 15
SF: Silva has a knife thrown into his back by Bond - 15
SP: Blofeld is detained by M after Bond shoots his helicopter down - 15
«1234567…11»